Compared to metal sintering, the MIM process is also capable of:

Listed below are comparisons of the four major manufacturing processes used within the industry today:

Note: You can click on the table below to view a larger image. 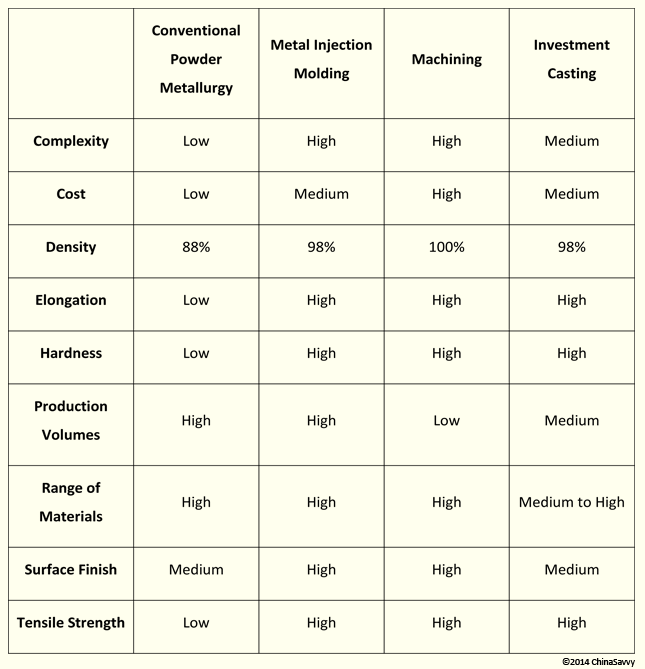 You can learn more about:

Note however that, depending on the project itself and the requirements of the final part, metal sintering does have its own set of advantages. It is an extremely reliable and repeatable process that offer manufacturers a low cost production method for a high volume of precision metal parts.

Furthermore, the metal sintering process allows for a close control over tolerances, is capable of producing net shapes and products that has a high dimensional accuracy.

With a wide variety of powders than can be used in this process, parts produced have a good surface finish and the process itself has a very high utilization of material, reducing waste and cost (in projects using a high cost metal powder).

Sizing and coining can be used to increase structural and dimensional aspects of components. Coining is also used in order to increase the part’s density and, in turn, its strength.

Used in order to improve the part’s resistance to corrosion and wear, steam treatments increases the hardness of the surface, improves material density and reduces porosity.